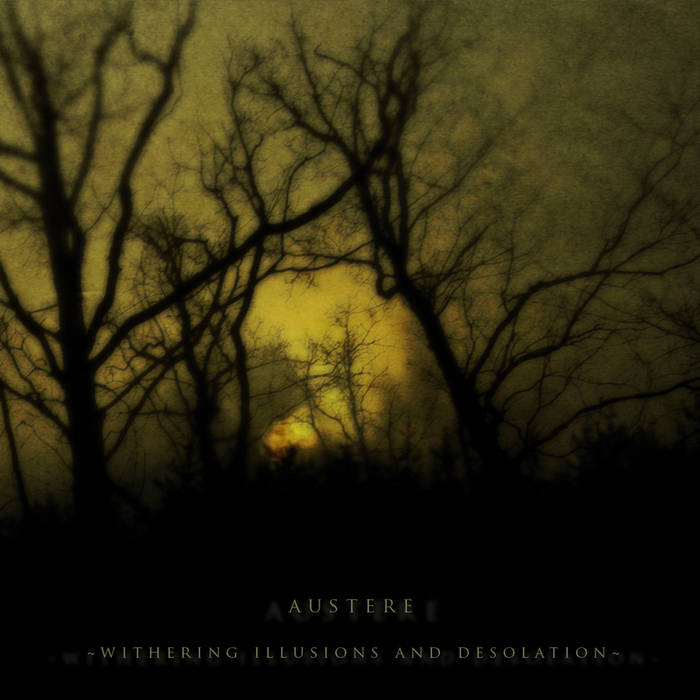 Originally released in 2007, AUSTERE's Withering Illusions and Desolation debut appeared seemingly out of nowhere and soon came to be considered a modern classic of suicidal, heartwrenching black metal. The duo's roots run deep in the enigmatic Australian black metal underground, but here on Withering Illusions and Desolation, AUSTERE crafted hysterical yet hauntingly melodic epics of absolute anguish and utter despair, taking the foundation laid down by Burzum to new heights/depths. Now, att long last, a proper and final re-issue of this first AUSTERE album arrives with new band-selected artwork, new mastering, and packaged in a six-panel digipack: their distant and desolate black metal has never been presented better.

This first opus was carried by the bleak autumn spores of 2007. Remastered by LT at sls studios 2012.
Layout by death-illustrated.net

Bandcamp Daily  your guide to the world of Bandcamp